The 70Th EAAP conference was held in Belgium, Ghent and had as a main theme: “Animal farming for a healthy world”. L.S.Van Overbeek, from Wageningen University has given insights on “ a healthy plant microbiome for healthy food and feed”. 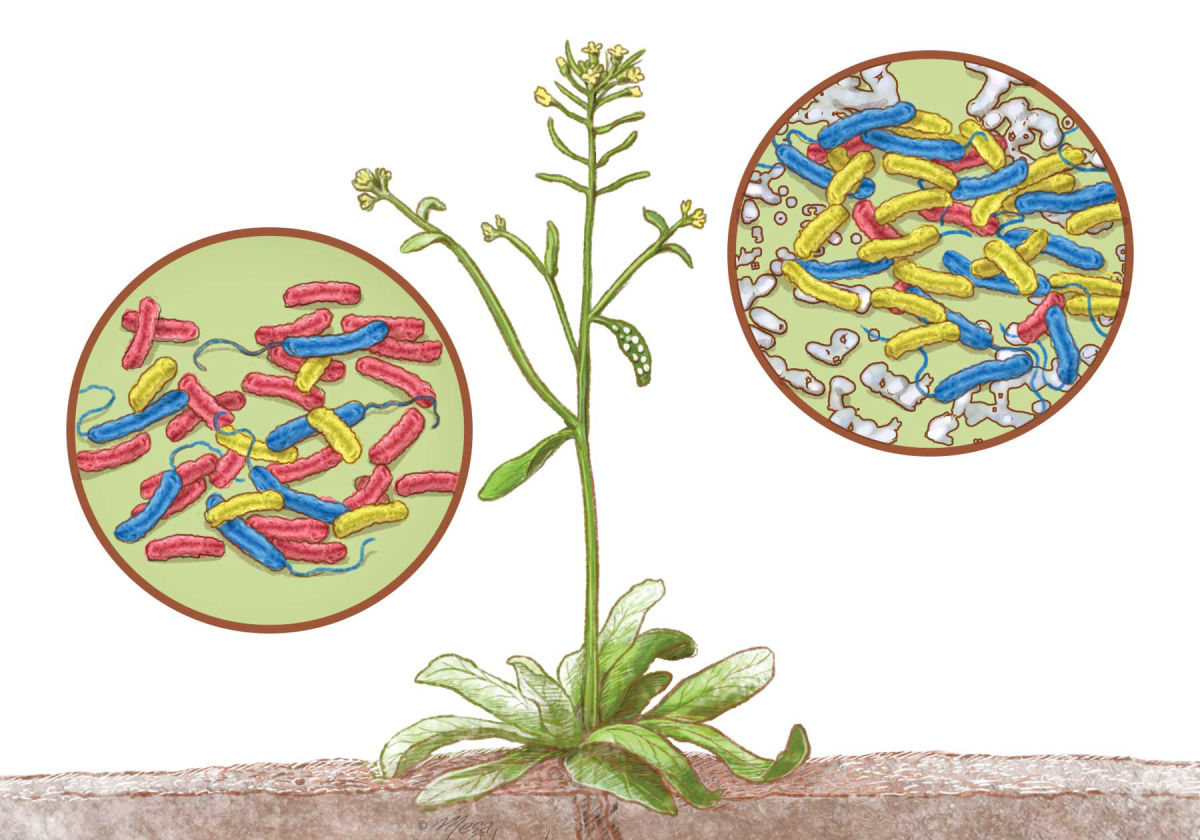 The world of plant is not an exception when talking about microbiome. The microbiome is defined as a characteristic microbial community occupying a reasonably well defined habitat which has distinct physico-chemical properties (definition by John Whipps).  Every plant has several microbiomes, on different parts of the plants, for instance in the stem or associated with the root system.the microbiome evolves over time, and is also affected by weather condition in the plant world. Similar to Antibiotic treatment administered to animals, chemical intervention with pesticide will also have an impact on the microbiome of the plant.

Some bacteria, called “endophytes” live inside the plant. This is a highly beneficial interaction for the plant as some endophytes can help to fight against pathogens such as fusarium. However due to intensive use of insecticides, this intercation was no longer needed for the plant. And therefore, it has been detected that most of the modern plants have lost the interaction with the endophytes bacteria.

The plant microbiome concept is still under exploration at the moment; new bacteria are being discovered thanks to modern technologies, the so-called: “-omics” (genomics, proteomics, metabolomics,… ) based on sequencing technics. The hypothesis is that there is a core microbiome, always present, and transmissible via the seeds, and an accessory microbiome, acquired and horizontally transmitted.

Some on-going studies are showing the impact of antibiotic administered to animals on the plant microbiome. In times when circular economy is a hot topic, one must not forget that circular  system implies circulation of energy, water as well as circulation of contaminants in a closed environnement. Therefore it is a must to tend towards a sustainable production system, with reasonable use of chemical contaminants.