Although the main methods for controlling mastitis have long been known, we regularly encounter certain protocol errors in the milking parlor, which promotes the spread of mastitis. In this series of articles we present the 3 most common errors found in Western European dairy farms. 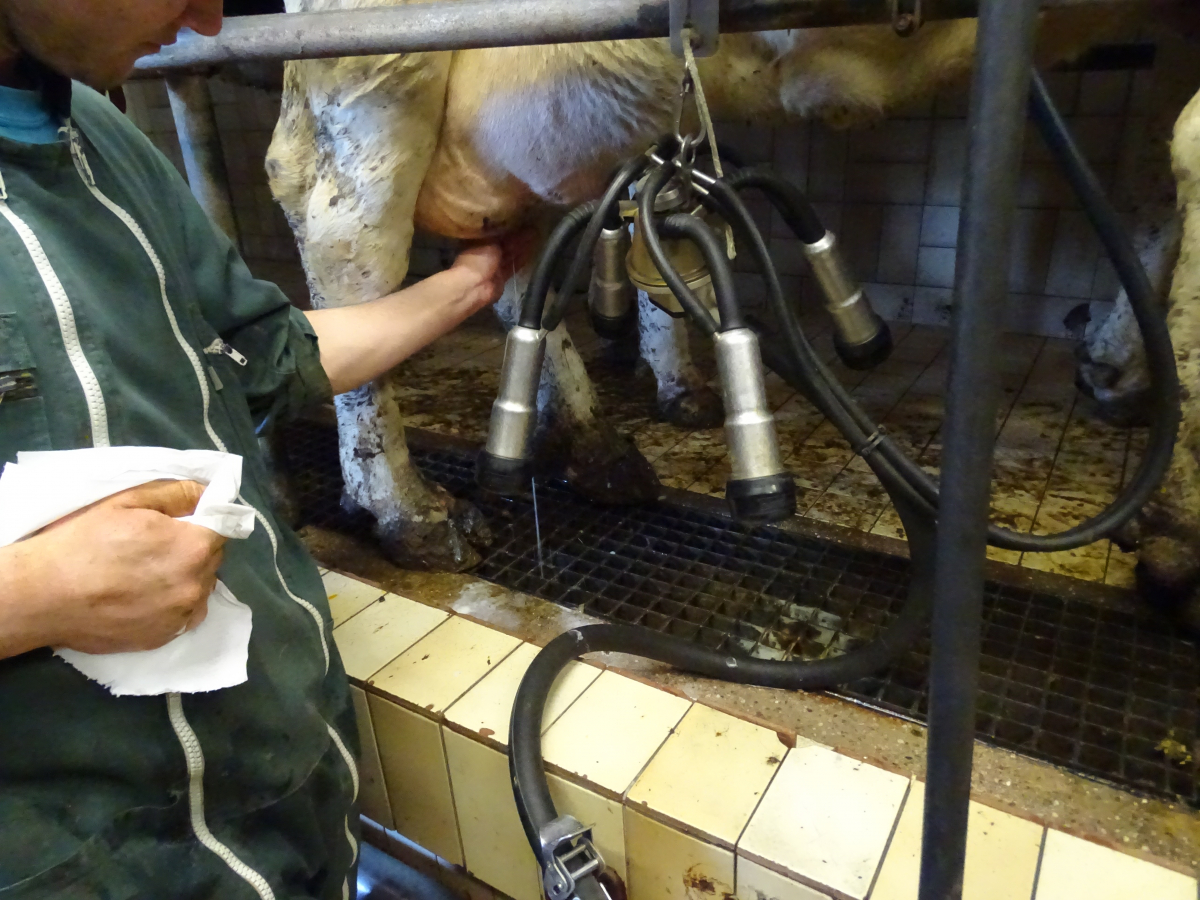 Nowadays, a large majority of farmers still do not wear gloves during milking, which is justified by a loss of sensitivity and comfort. As an alternative, they claim to wash their hands before every milking ...

However, wearing a new pair of gloves with each milking is an essential measure to combat infectious bacteria (see related article: infectious bacteria) that can multiply on the skin of cows, but also on the farmer. There is a considerable risk for the farmer to infect a healthy cow with his hands after milking an infected cow. The gloves then prevent contagious bacteria from surviving (plastic).

Good hand cleaning before milking removes dirt and organic matter from the skin. As a result, mainly the bacteria in the environment that multiply in the dirt can be controlled (see related article: environmental bacteria). This protocol has only a limited effect on the control of infectious bacteria if it is not associated with routine disinfection of the skin after each infected animal. Wearing gloves is the safest and most effective way to combat both types of bacteria.

TIP: farmers must use a new pair of gloves at each milking, otherwise the gloves will become contaminated and pose a risk to the animals.