Contagious pathogens are well adapted to survival and growth in the mammary gland and frequently cause infections lasting weeks, months or years. The major reservoir for these pathogens is the infected udder and infections are spread among cows or between quarters during the milking process by contaminated milking equipment, milker’s hands, or cloths or sponges used to wash or dry more than one cow.

Contagious mastitis results in decreases in milk production and increases in bulk tank SCC, but there may be few visible symptoms, i.e. this tends to be a hidden form of mastitis. Herds with high bulk tank SCC tend to have high levels of infections by contagious pathogens. Main pathogens responsible of contagious mastitis are: Staphylococcus aureus, Streptococcus agalactiae, Mycoplasma species are highly contagious organisms but are less common than Strep. Agalactiae and Staph. Aureus.

Cost of the disease

• Animal
The main reservoir of these pathogens is the infected udder. Staphylococcus aureus can colonize teat skin lesions and the teat canal and eventually passes into the mammary gland. The organism may also survive at other sites on the cow.
• Material
Infections are spread among cows or between quarters during the milking process by contaminated milking equipment, or cloths or sponges used to wash or dry more than one cow.
• People
People can be a vector, especially during milking: the contaminated hands can bring bacteria directly on the teats.

Transmission of pathogens that cause contagious mastitis from infected cows to uninfected herdmates most generally occurs at milking time. Management factors important in transmitting contagious pathogens include the milking machine, milker’s hands, teat washing materials and treatment procedures. A comprehensive contagious mastitis control program based on prevention will pay off with fewer losses associated with mastitis, improved quality of milk and greater milk production. Such programs are based on sound management and include the following:

Strict milking time hygiene
Avoid contamination of the teats during milking preparation: hands and cloths of the milker must be cleaned. Udder preparation: to milk cows with wet udders and teats is likely to increase the incidence of environmental mastitis. Teats should be clean and dry prior to attaching the milking unit. Washing and disinfecting the teats, not the udder, are recommended. Use water of good sanitary quality for udder preparation.

Post-milking teat dipping
Post-milking teat disinfection is the single most effective practice to reduce the rate of new intramammary infection by contagious pathogens. Use after every milking a teat dip with a proven germicidal activity, efficient during milking interval and allowing a good teat conditioning.

Lactating and dry cow therapies, culling plan and feeding plan must be implemented under the advice of your veterinarian. These procedures, including culling, can help to eliminate Strep. agalactiae infections from the herd, because the infected udder is the only source of this organism. Although eradication of Staph. aureus is not likely, good control measures can reduce spread and keep infections to a minimum. A general goal is to reduce the SCC of the bulk tank milk as much as possible. Culling chronic cows will have a great impact initially on lowering the SCC in most herds, but sound control practices must be in place. A bulk tank SCC of 300,000 per ml or less is a reasonable goal to keep in mind. 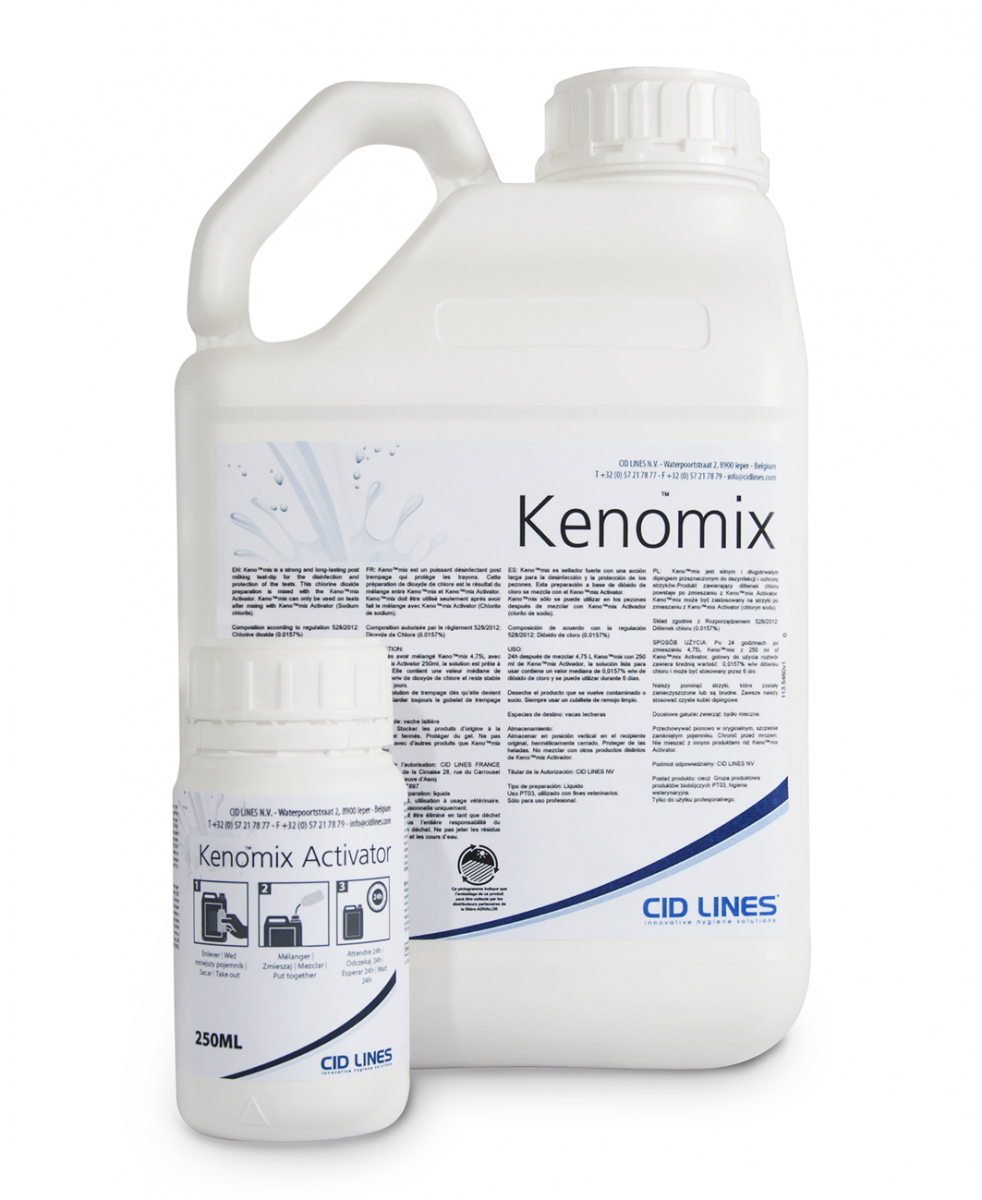 - not aggresive on skin 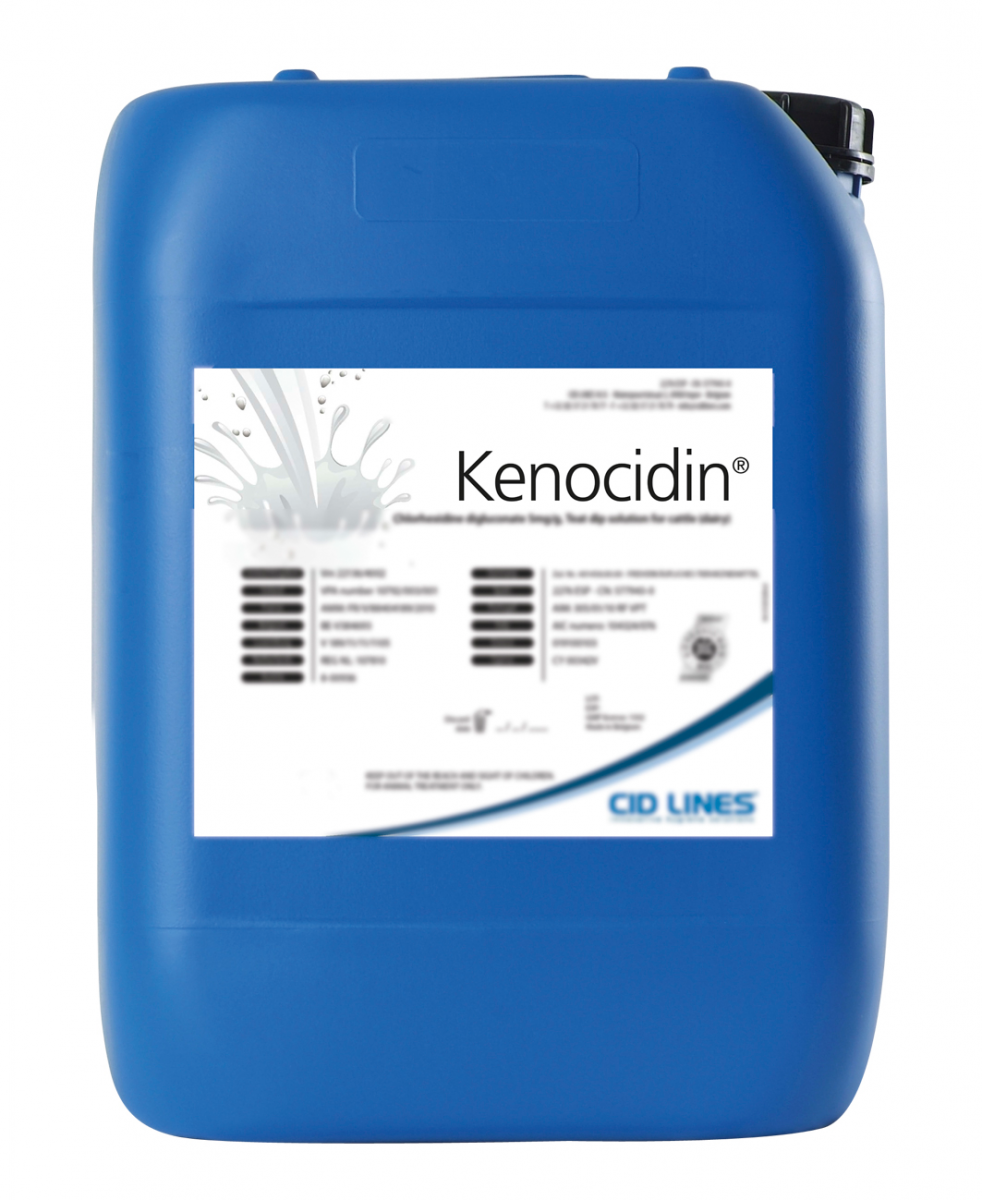 Enhances tangibly the condition of the teats!

- viscous teat dip based on chlorhexidine and Menthae

- available as dip or spray

- for maintenance of good teat skin and teat end condition