CID 2000 as an effective VIRUS-killer 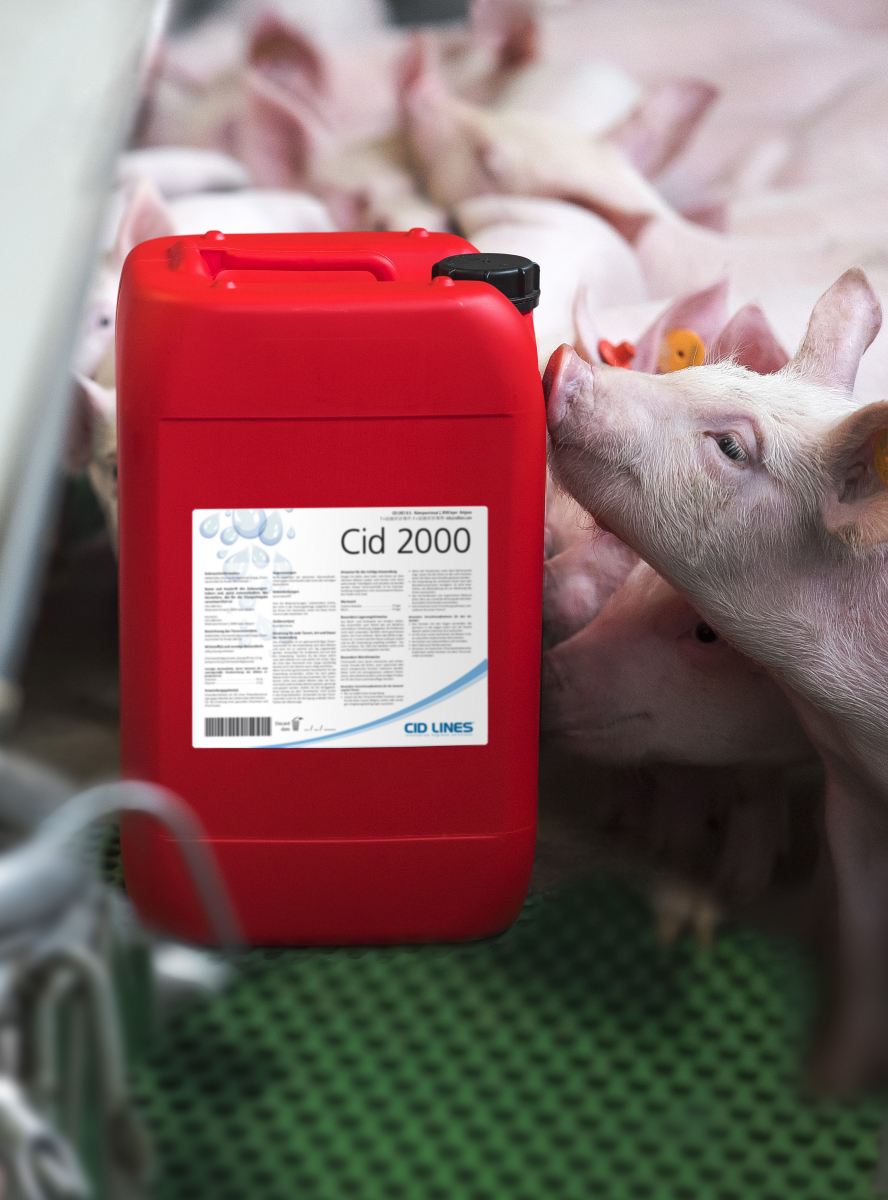 CID 2000 is best known and  mostly used to clean and disinfect drinking water lines in empty poultry and pig houses (dosed at 2%). Various tests have shown its superior effect, which was also confirmed by trials done by Prof. Suzan Watkins from University of Arkansas in USA.

Thanks to its more recent tests and PT5 Claim, CID 2000 is also used frequently for continuous disinfection of drinking water, during the production, at an effective and safe dosage of 100 ml/ 1000L water. In most farms, dosages are applied up to 400 ml/1000L water to also have the beneficial pH-lowering effect of the drinking water.

As not only bacteria but also viruses such as the African Swine Fever Virus (ASFV) are transported in the drinking water, different virus tests have been conducted successfully with CID 2000. The tests done at Wageningen University in Netherlands, show the effectiveness of CID 2000 on killing the ASFV in drinking water at the dosage of 300 ml/ 1000 L water (0,03%), which makes it the only product having such an official and strong claim.