Since its launch into the UK market in late 2016, the CID LINES PureFoamer pre-milking teat preparation system has grown to become an important part of maintaining milk quality and efficient milking on many farms

In fact, by the end of 2017 there were over 30,000 cows in the South West alone benefitting from the superior cleaning, disinfection and milking times that the system is able to bring. So with the mission of producing “Cleaner, Faster Milk” being realised, we thought it was time to look at the evidence and why it is a system to consider. But first, a reminder of why PureFoamer is important.

WHAT HAPPENS RIGHT NOW ON FARM?

“Strip, Dip, Wipe, Apply” is the proven mantra that still works. We strip to check for issues and stimulate milk let-down. We then dip to clean and disinfect teats. This is followed by a thorough wipe off to remove the dip residue along with muck and dirt and finally, we apply (attach) the clusters. Unfortunately, corners are cut and mistakes can be made in areas of this process. 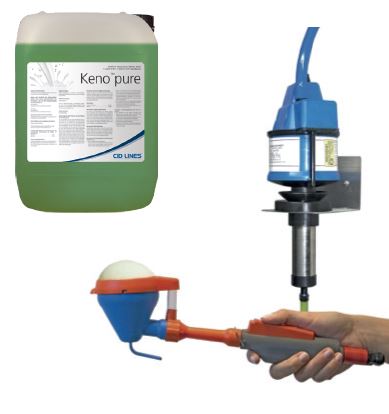